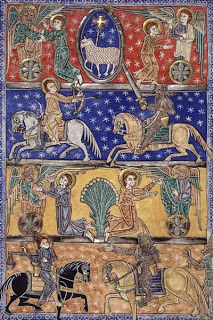 A few reflections:
“Philosophy: Comparative Religions” was one of the most interesting college course that I ever had the pleasure of taking. That class along with Cultural Anthropology, my multitude of Psychology courses, Ethics, and a few others. The professor of the aforementioned course was one of those rare individuals whom you will never forget and will forever have the utmost respect and admiration for. She was over seventy years old and mentally sharp as a razor blade. She was able to argue intelligently and convincingly from any religious/philosophical standpoint and pretty much own a debate on all ends. She challenged me at the best points of my discussions, making me reconsider statements I made during class which I had the utmost confidence in. I began growing a profoundly richer and more compressive view on what I truly believed, and more importantly WHY I believed. I was also able to release, change, and discard previous “truths” I held on so tightly too and was able to reexamine assumptions I had about the workings of the world. I have found that as I go on through life, I’ve taken the academic and scholarly skills I learned in school and have applied them to my daily work and experience. My wish for everyone is that they find those rare teachers who truly do make a difference.
One of the largest areas my comprehensive learning has changed would be my views of religion and faith. Before my college courses and further learning, I had already abandoned the position of being in the “Singularly correct and one true Christian faith”. I had been raised Methodist which may possibly be one of the “lightest” forms of the Imperialist Monotheistic religion. I actually enjoyed church growing up and engaged the minister after his sermons on points of the various sermons. Religion, faith, scripture, and ethics were never “boring” to me so I never accepted it as passive integration into my life. I actively embraced, pursued, and questioned it. However, by my early teen years, I was having too many personal experiences with the spiritual and supernatural to accept any religious dogma as being anything near “fact” or “Truth”. Eventually after learning the history of my birth religion’s atrocities towards other human beings and faiths, I abandoned it altogether in search of something more agreeable.

I became quickly drawn to Celtic Druidism, (having skipped over the more popular Wicca and Witchcraft movement as being to erratic and popular-media driven) as it contained almost all the aspects I had been looking for and what I also felt intrinsically to be closer to a living “truth”. I researched and studied all I could on the subject, making some very close friends and contacts on the way. Shortly after, a “grove” was formed and I became an active member and leader within its small numbers. I experienced many rituals, gatherings, and events that shaped my life and to which I still hold a dear measure in my heart. My “break” from this path was brought on more so by the people than the philosophy. I enjoyed the wisdom and abilities from a select few but found that many pagans were undisciplined and rather erratic in their approach to spirituality and religion in general. They were angry or dissatisfied with the mainstream religions or culture they were brought up in and still had trouble securing measures of success and balance in their personal lives. “Organized Pagan Religion” was very much a new concept and many groups disbanded not long after they were formed with the leaders often being people of unhealthy physical, social, and psychological standing. Unfortunately, our own group, like many, began being more focused on mundane, social activities and complaints about “The Christians” rather than doing our parts to make the world and ourselves better.

At one point I realized I did not require any specific social group to be convinced that I belonged or which I needed to feel imbued by others with some sort of esoteric importance. I vied to focus solely on personal development in magical and spiritual arts no matter what tradition or religion they stemmed from. Within the past decade or so I returned largely to the Western Esoteric systems of magic which are largely Catholic in nature. The irony of this decision was not lost on me and I found myself mending many broken ties with my former religion as well as having deeper appreciation for the Catholic Church which I previously held just above a level of contempt.
Few people these days will ask about my religion or what I believe, but when they do I will respond according to how I wish to steer the conversation. I will never lie or mislead intentionally but will typically not answer directly for a multitude of reasons.

-If I were to give a direct answer, I would state that my “religion” is Magic. In saying this, one would have to understand what my personal definition and understanding of what “magic” is. The word itself stirs up a multitude of images and labels in our society, even among practitioners. The essence of the word for me is the embodiment of my personal connection to the divine. It is the conduit through which real “truth” may be seen. When it works and is working well, I experience life, and the spiritual in stark clarity and expression. I integrate information and wisdom from a source beyond human relating and simple written words. I experience beings and energies that are dissimilar to any other involvement in the world. The whole spectrum of experiences and sensations that the practice of magic has given me makes up the closest thing I can have to a solid religion. Just like a reasonable Christian would see Jesus/God as being the focus of their faith and not “Christianity” itself, “magic” for me is not the object worshiped but the method, the practice, I utilize to worship. In my case the worship is geared toward whichever aspect of Spirituality I am focused on at that moment, which I all conceive of as being from a Creator who exists beyond the capacity of religious framework or human comprehension. By magical means I can connect to the current of vibrant and living archetypes, spiritual beings of great power and feel some measure of their influence.

Through my magic I can be okay in realizing that my perception and conception of the spiritual/divine is limited by my own psychological, cultural, social, environmental, and genetic variables. Though academic learning, study, and interaction with fellow magicians and thinkers I can appreciate the diverseness of experience and comprehension of the universe. Because of my magic, I can be okay with experiencing the unknown in a particularly unique and individual way because I am actually experiencing it. Through magic, I can study the techniques of priests, healers, seekers, shaman, and wise-people of various cultures and religions try their methods out for myself and see if I can experience a part of their own conception of truth or spirituality. Through magic, and faith in its origins, the unknown is not something to be feared and avoided, its something to be explored and sought. Through experiences by magic, I’ve learned that not all intelligent beings in the world, think and reason as human beings do which has caused me to be more humble and open toward events I don’t understand.

By magic, I can immerse myself in the ecstasy of divine presence without any need of assistance from other human beings. Magic, is indeed my “religion”: The vehicle I use to experience divinity and understand the divinity within me. Through magic, other faiths are not only appreciated, but experienced. Anytime I am present to experience the divinity of nature, the words of truth from another falling upon my ears, while gazing upon the wonderful workings of art, expression, beauty, life in existence, it is magic. Magic is life, magic is constant and pervasive for those who can feel and sense it moving through them. It is beyond the frequencies of human comprehension and sensation, yet can enhance and strengthen each. Beyond any other sensation or physical experience, involvement in magic has taken me to the deepest levels of passion, and the highest states of spiritual bliss.
My view of the Druid, magician, or wizard still remains the same, even after all these years. Beyond the title, they are the ones who stand apart in their journey when compared with the multitudes of humanity and their pursuits. They are the ones who assist those in their community as best as they are able to with the seen and unseen goings on. They are the moderators between the spiritual and physical worlds; those who attempt to have the widest view from as many sides as they can see so as not to be blinded by limiting “human ideals”. Beyond right or wrong, they experience what they believe instead of accepting it from others. Hopefully they/we are the voice of reason when fundamentalists of any standing threaten to become extremists.
Despite the best of intentions and the highest of learning however, the magus will error in his assessments and judgment. We are human after all and cannot see all beyond the filters of our humanity. Even as we stand apart, we are put back in our place by the same works we seek to understand and often control. That’s why the wisest among us will wrap themselves in the mantle of humility and compassion.